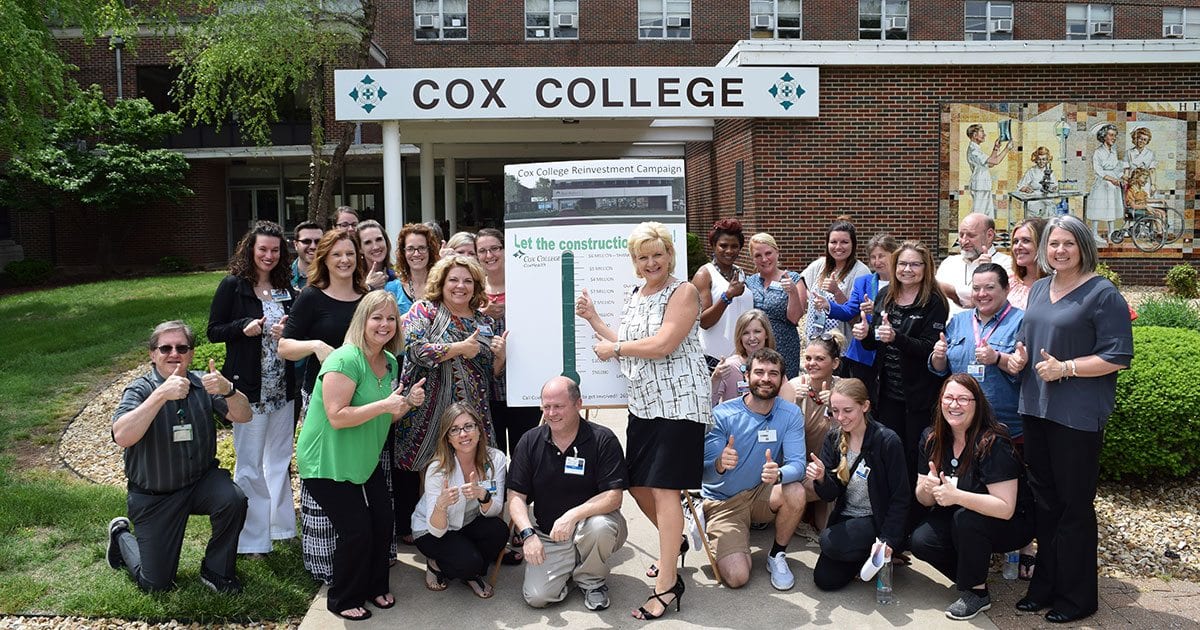 The CoxHealth Foundation is excited to announce that the goal has been met for the Cox College Campaign. In March of 2018 the campaign was launched to raise funds for the expansion of classrooms, clinical space, group study and computer labs. The $6.6 million needed for the project was accomplished thanks to a combination of dedicated donors, alumni, a challenge grant from the Mabee Foundation and a grant from the Department of Commerce, Economic Development Administration. The next step is to complete the design and prepare the project to be released for bids by contractors. The expected start for construction is late September. The long range plan with the expansion is to move the enrollment of nurses from 250 to 400 annually at a time when the nursing vacancies are at an all-time high statewide. Thank you to all those who helped to make this project a possibility.